Actor. Plot. Set.  Combine one of each to make a movie.  Did someone have a better idea than you?  Don't worry, you can stab them in the back and take all their points if you "know people" in the Industry.  After all, it's showbiz.

What The Film?! is a fun party game where you get to come up with crazy movie ideas based on the hand you're dealt.  Elaborate on the three cards you have to make your movie the best one at the table.  But look out, there are Industry cards to turn the game upside down.  So don't get too cocky, it could come back to bite you.
If this were my hand, I might make up something like this...in 45 seconds.

A Hollywood Starlet is on vacation in China visiting the Terra Cota army.  Suddenly finding herself alone, two of the soldiers come to life shedding their terra cota outer shell.  Turns out they are two Mexicans and an immediate standoff ensues.  The floor drops out from under them and the three of them find themselves at the bottom of a well.  Who will make it out alive?

​And that's my movie...for better or worse.  Stupid idea, maybe.  So if your idea sucks, just play one of these... 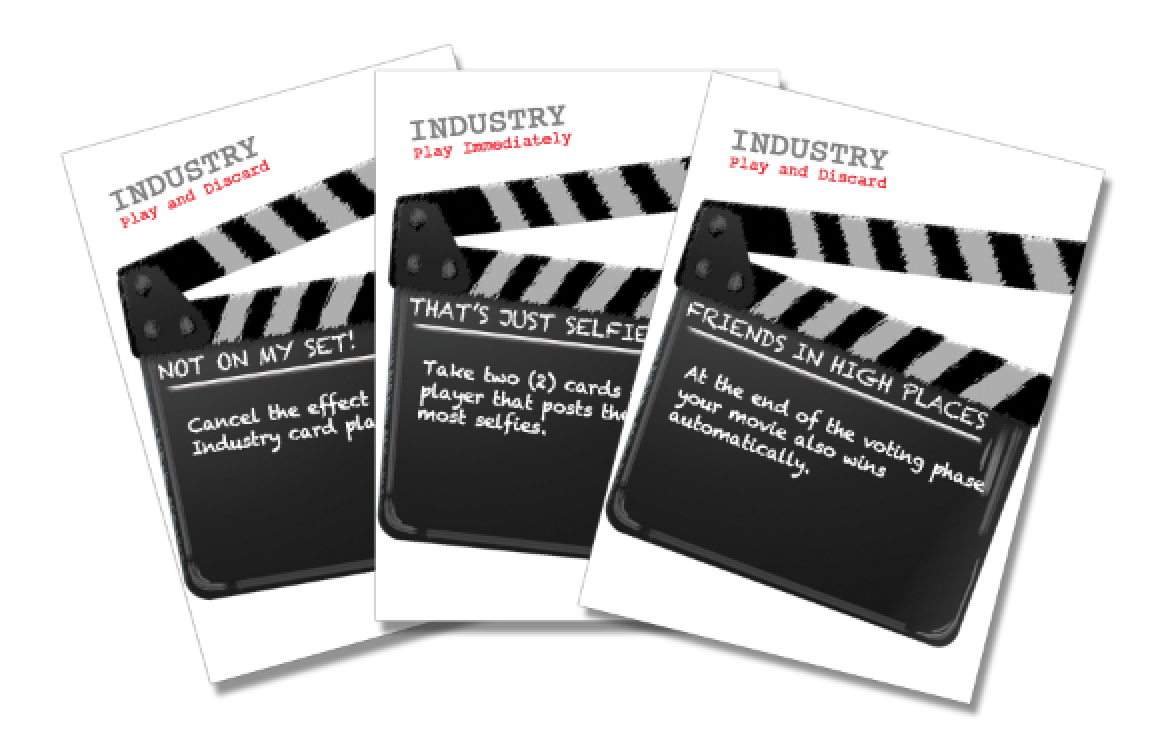 Thoughts on What The Film?! after a late night game

Powered by a tornado of Lethal Chickens. ©2020 Lethal Chicken Games. All Rights Reserved.  Lethal Chicken Games is a registered trademark.
Some links contain affiliate links to Amazon. We may receive a small commission if you click on the links.  This in no way affects pricing.
© 2018 LethalChickenGames.com All rights reserved. All audio, visual and textual content on this site (including all names, characters, images, trademarks and logos) are protected by trademark, copyrights and other Intellectual Property rights owned by Lethal Chicken Games or its subsidiaries, licensors, licensees, suppliers and accounts. By using this site, you agree to the Terms & Conditions of use. Click here for our Privacy Policy.